Todays Senior has been in print for over 25 years! A great free publication for Seniors. Located in British Columbia, Canada we have a wonderful readership that caters to different interests. 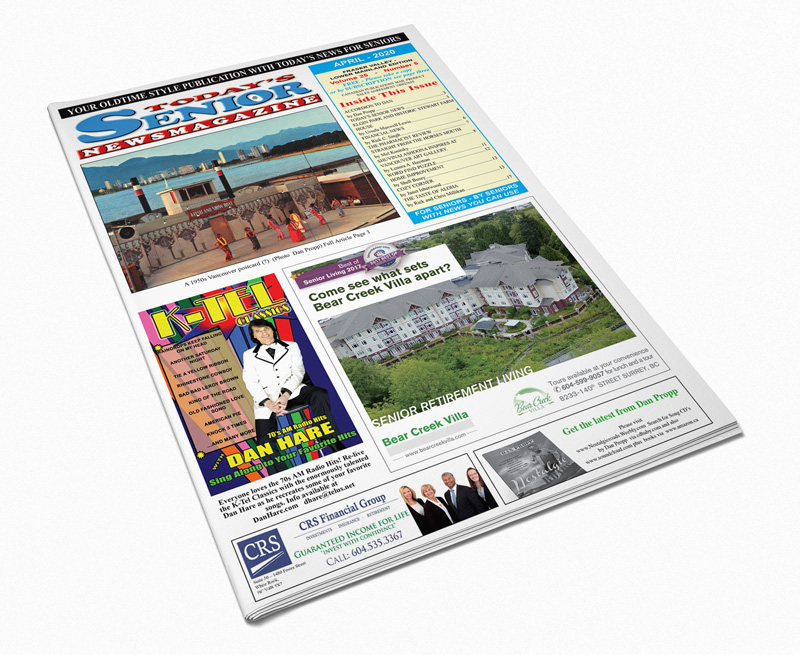 A short history of Todays’ Senior as it developed from The Resource Directories for Seniors to the Newsmagazine format.

Started by Al and Mary Lou Bischoff of Langley, BC., and produced by Wally Coombs, who did the production for The Resource Directories. This was produced for one year and then sold to The Seniors Choice Newsmagazine of Kelowna.

Joel and Darlene Rickard, from Kelowna, purchased the paper from The Bischoffs, with Wally Coombs to handle the Lower Mainland Edition for them. This was in effect for 2 1/2 years.
In December of 1995 the paper was taken over by Wally and Yvonne Coombs of Langley, B.C. It continued for a few years (with permission) as The Seniors Choice, until the Kelowna paper was sold to new owners. It then became Today’s Senior Newsmagazine.

Hours: Tuesday | Wednesday | Friday
9:00 am – 11:30 am
We recommend at this time to use the contact form to reach Todays Senior Newsmagazine